My menu plan this week changed a little bit because I bought a large pack of hamburger meat over the week-end. On Monday, we had hamburgers. While I was cooking those, my son browned half of the meat for me to use in tacos and spaghetti. So today, we had Taco Tuesday. I also decided to use some of the Masa I bought a few weeks ago to try my hand at making homemade tortillas. I used the directions on the bag, and instead of using a tortilla press, I used plastic wrap and a frying pan to flatten the dough into thin tortillas before I cooked them.

The basic recipe for the tortillas was to use 1 cup of water to 1 cup of masa. I mixed it by hand and let it rest for 5 minutes after mixing. Then I rolled it into golf-ball sized dough balls. Next, I placed one dough ball between 2 pieces of plastic wrap. I used a skillet to flatten the dough. As I was doing this, I was preheating my iron skillet with a little bit of olive oil. Once my pan was heated, I placed the tortilla in the pan and cooked for 60 seconds on each side. After cooking, I put it on a paper towel while I cooked the additional tortillas. My recipe made 8 tortillas. They were delicious, and I will make them again when I make enchiladas or tacos. They were easy to make, too. 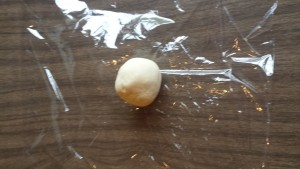 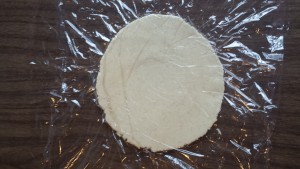 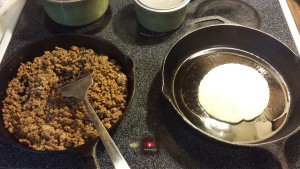