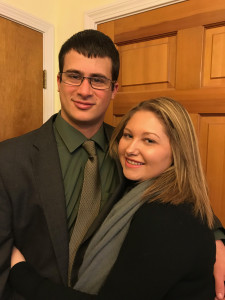 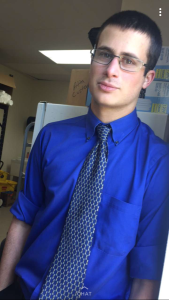 When I left off yesterday, I told you that Jacob made the decision to go to Crossroads Rescue Mission for Men. This is a Christian-based mission where men are surrounded by other men who are walking a similar path. Jacob was one of the younger men at the mission. Most of the 40+ men at the facility were 20 or more years older than he is.

The first 90 days at the Mission, Jacob was only allowed to call home once to let us know he was there. For the next three months, the only communication we had with him was in the form of writing letters. For people who are used to text messaging and phone calls, this was something we had not done a lot of as a family.

They do this for several reasons, but the main reason is to give the men time to think and time to get their lives in order with God first. It gives everyone space to work through emotions, too.

After the first 90 days are up, we were allowed to go to church with him on Sundays, and we could visit with him for a few hours at the Mission afterwards. He was given a day pass for his first home visit for Thanksgiving. For Christmas, he was able to be home for 72 hours. We all looked forward to our visits with him on Sunday. His girlfriend also went with us, and we all grew closer through it.

He was also allowed to call home once a week for 15 minutes. We still wrote letters, but they were fewer in frequency. I really grew to love the letters that we wrote as a family and in getting letters back from him.

He renewed his relationship with God first and foremost. Then, he worked on his relationships with the rest of us. He was more like his old self. His physical wounds healed. He got stronger spiritually and physically.

During a home visit in the spring, he proposed to his girlfriend. She stuck beside him through thick and thin. She prayed for him and loved him even when he did not love himself very much. They set a wedding date, and they are getting married on June 16, 2018. Through all these valleys, I got my son back, and I gained a daughter. My heart could not be fuller.

To God be the glory! Great things He hath done. He took the ashes from a fire, and He created something of beauty from the ashes.

If you or anyone you love is in a similar situation, there is Hope. Jesus is the Hope. If you don’t know Him personally, He loves you, and He wants you to turn to him.

You can read Part 1 HERE, if you missed it.

You can read Part 2 HERE, if you missed it.

16 For God so loved the world, that he gave his only begotten Son, that whosoever believeth in him should not perish, but have everlasting life.